Home
News
How Is Burdock Root Useful For Your Hair, Skin, and Health

How Is Burdock Root Useful For Your Hair, Skin, and Health

Do you find anything common between turnip, carrot, onion, ginseng, ginger, and horseradish? Well, all in this list are roots that you have in your diet almost every day. You can add one more to this list and that is burdock root. This is an ancient root that has remained far away from human attention all these years. It works like magic for urinary, lymphatic, and digestive systems, aside from offering a variety of benefits which need to be noted down. After you get to know the advantages, a burdock root has, you might contemplate adding it to your platter every single day. Find out more below.

What Exactly Is Burdock Root?

Hailing from the Asteraceae family, burdock plants are primarily found in Asia and Europe. However, in the current times, they are being grown across different parts of the planet. Owing to its crisp, harsh, and muddy texture, as well as sweet taste along with muddy pungent, the burdock root is getting popular worldwide day by day and that’s indeed one of the most positive signs. It’s primarily gaining ground in the food and beverage industry. All in all, it has now become one of the most essential food items that promise a world of good to human. However, have you thought that why should you include it into the list of edible roots. You would hopefully find your answer below.

The Benefits You Get From Burdock Root?

Burdock root is considered to be a rich source of fiber and is known to have a quite a substantial water content. It is said to contain polyphenols that boast of anti-cancerous, anti-inflammatory, as well as antioxidative properties. According to popular perception, the root not only eliminates impurities from the blood, but boosts the health of your skin, hair, kidneys, and gut. Your head is said to have 1,50,000 hair follicles and as per a research, around 80 to 90%of those hair follicles are supposed to be in the growing phase while the rest of them are probably in the resting phase. The growing phase is known as anagen, while the resting phase is called telogen. The share of follicles in both these phases determines the amount of hair fall. Burdock roots, as has been found out, contain fiber, tannins, vitamins, and essential fatty acids that boost hair fall and prevent hair fall. Pure blood is the most vital factor in getting good skin and hair. Burdock roots contain flavonoids such as quercetin that eliminates microbes and toxic ions from your blood. Try chewing raw burdock roots along with a little amount of sea salt.

Other Benefits That You Might Not Be Aware Of

Burdock Root is quite famous for its anti-inflammatory and anti-aging characteristics. Since it has  a direct effect on the blood as well as the circulatory system, burdock roots affects the skin directly. Active compounds such as lignans, arctiin, etc boast of matrix-stimulating characteristics which help you in getting soft and supple skin. Aside from that, burdock roots are also known to combat acne and eczema owing to its blood purifying nature. Burdock root extracts fights against different types of cancers, specifically pancreas and liver cancer. The anti-cancerous as well as anti-inflammatory characteristics of these roots are owing to the availability of caffeoylquinic acid derivatives. These derivatives have a direct impact on the cancer cells and prevent metastasizing. Now, with the help of the caffeoylquinic acid derivatives, burdock roots obtain a hepatoprotective effect. This particular effect shields the cells of the liver. People who are suffering from liver injuries owing to drug or alcohol abuse can take burdock roots in prescribed doses. In case you have an enlarged spleen, you would have to compromise on your immunity and that’s something you never had bargained for. Burdock root purifies your blood, which after cleansing is filtered by your spleen.

There are certain side effects of a burdock root and the list comprises allergies and dehydration, aside from being not suitable for kids below 18 years of age and accentuating the risk of premature labor too. With everything being said, burdock root is considered to be the right inclusion in to your diet if taken within prescribed limits. So, you can give it a try but only under medical guidance. 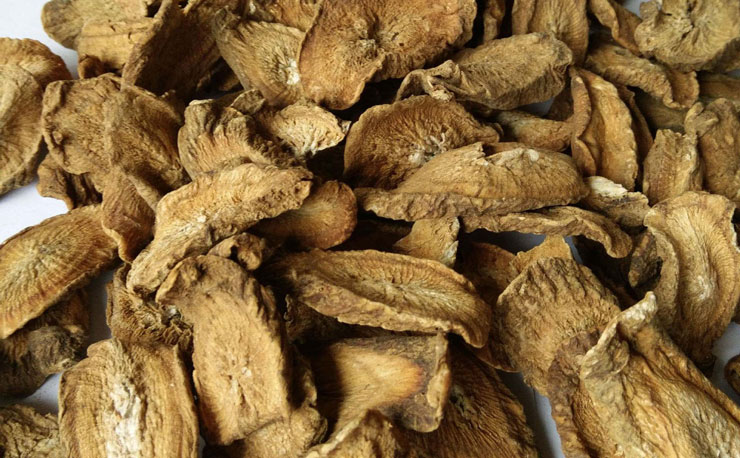