All About Ginko Biloba Extract

All About Ginko Biloba Extract

Ginkgo biloba is one of the oldest tree species on the planet. Biologists call it a living fossil. It has existed for 300 million years and was able to survive when many species of plants and animals disappeared. Ginkgo biloba belongs to gymnosperms and herbs.

The effect of ginkgo Biloba on the human body

Ginkgo Biloba is a dioecious plant, parts of which have been used in medicine for many years. An extract is made from its leaves, which helps to dilate blood vessels and improve blood circulation. It supports normal brain function and prevents the development of many diseases.

Ginkgo increases blood circulation in the vessels and has a positive effect on vascular diseases.

Due to vasospasm, blood flow is disturbed, which causes swelling and pain in the legs. People feel discomfort and find it difficult to move. Ginkgo biloba extract Flavonoids /Lactone 24%6% will help relieve puffiness and fatigue from the legs. Regular intake of dietary supplements can improve vision and slow down the development of diseases.

Due to its anti-inflammatory properties, it reduces anxiety and stress. Ginkgo supports the nervous system and has a calming effect.

Constricted blood vessels and poor blood permeability are often the cause of headaches. This can be influenced by excessive stress and heavy physical activity. Ginkgo biloba relieves inflammation and improves circulation.

It removes pain and reduces the level of psychological stress during menstruation.

With prolonged use of the drug, there is an improvement in brain activity, memory, and concentration.

Ginkgo biloba extract Ginkgo flavenoids have a positive effect on the body and relieves inflammation. With regular intake of the extract, the functioning of many organs and the health of the body as a whole will improve.

The benefits of ginkgo Biloba for sports

Ginkgo herbal extract fights many disorders and diseases, such as low performance, chronic fatigue, headaches, distraction, unstable emotional state, and others. The course of taking this drug will help get rid of the above ailments and significantly improve health. The body will be energized and your athletic performance will noticeably improve. The extract increases blood flow to the muscles and increases the body’s aerobic endurance. For people who suffer from overweight problems, the drug will be an excellent helper.

The use of Ginkgo Biloba extract in cosmetology

This plant in cosmetology is called the tree of youth and longevity. Its leaves contain unique elements that help maintain an attractive appearance. The extract from the leaves has long been used to strengthen the walls of blood vessels and relieve puffiness and inflammation. Now it is one of the main components of cosmetics. Ginkgo biloba extract has a vasodilating effect. It normalizes blood microcirculation and supplies oxygen to the tissues. It contains powerful antioxidants that protect the basement membranes of cells from damage by free radicals. It has antibacterial and antiseptic properties.

Ginkgo is often included in anti-aging products. Cosmetics with leaf extract help to even out skin tone, smooth expression lines, and relieve fatigue. Cosmetologists often add it to whitening masks to help get rid of freckles or age spots. An anti-aging series of cosmetics improves collagen synthesis and stimulates skin cell renewal. It is often used in the manufacture of products to combat orange peel. It has a lifting effect and makes the skin firm and elastic. Many people suffer from vascular skin diseases such as rosacea. The walls of the vessels begin to burst and turn red. The properties of ginkgo remove the vascular network, making the skin dense. They relieve the effects of diseases and moisturize them.

Ginkgo Biloba extract is added to:

Properties and vitamins of Ginkgo Biloba

Ginkgo biloba extract 24% 6% low Ginkgolic acid is a unique pharmaceutical product with many beneficial properties. Its biological components actively affect the body. Ginkgo should be taken for such pathological conditions as hypertension, diabetes, atherosclerosis, cerebral ischemia. Also, its leaves are saturated with different vitamins, for example:

B1 – normalizes the functioning of the nervous system. It is involved in protein, carbohydrate, and fat metabolism. With its help, useful substances that enter the body are converted into energy.

B2 – has a positive effect on the condition of the skin and mucous membranes. Reduces the effects of oxidative stress on the body. Promotes tissue regeneration and restoration of mucous membranes.

B6 – the body uses it to produce red blood cells and neurotransmitters. It is involved in the processes of inhibition and excitation in the central nervous system. This vitamin is necessary for the body in various forms of hepatitis, anemia, and toxicosis during pregnancy. 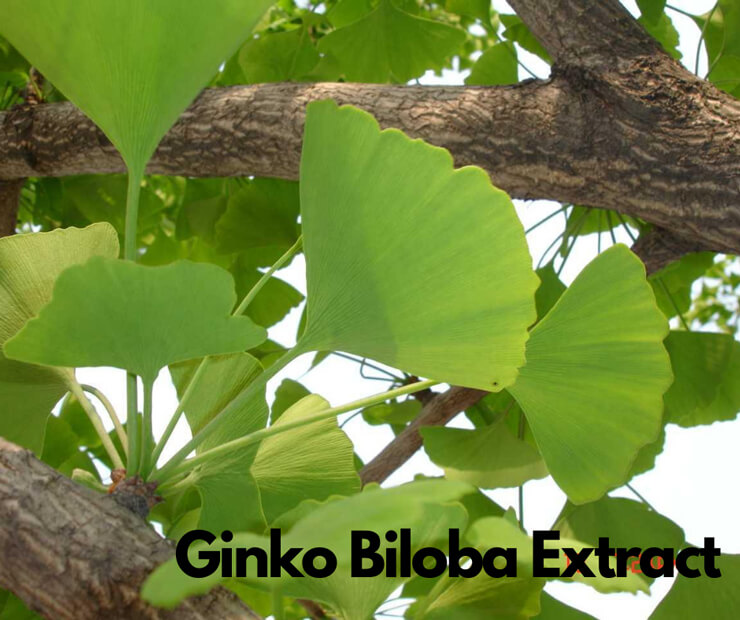