Lycopene is a common natural pigment which adds a red color to vegetables as well as fruits. Tomatoes are said to contain the highest percentage of the pigment at approximately 80 percent. Lycopene is a very powerful antioxidant needed by the body.

The natural pigment is beneficial in the prevention of some types of cancer. Studies have shown that the pigment impedes both breast cancer in women as it prevents tumor growth. Research also proved that high lycopene consumption to above 9 percent immensely reduces the chances of development of prostate cancer in men.

Lycopene is critical in the prevention of heart diseases in humans. This is made possible by the ability of Lycopene to reduce damages caused by free radicals and boosting recommended HDL cholesterol levels.

The pigment effectively guards against sunburns. Lycopene has been proven to guard against the damaging effects of direct exposure to sunlight. In a three- month study conducted, participants were exposed to ultraviolet rays before as well as after consuming placebo or 16 milligrams of Lycopene.

The pigments are known to alleviate neuropathy disease. Lycopene has strong pain-inhibiting power, which lessens pains to neuropathy patients. Neuropathy is a highly painful medical condition triggered by nerve damage as well as soft body tissue damage. Lycopene is a powerful antinociceptive making it have a therapeutic value on neuropathy patients.

Lycopene may also help to protect your eyesight. The pigment is highly useful in the prevention of development of cataracts, which impairs vision. Thisway, it prevents the risk of molecular degeneration, which has the potential to degenerate to blindness.

The pigment may offer protection for your brain. Lycopene has powerful antioxidant properties, which is useful to thwart seizures and memory failure. These conditionsresult from old age or ailments like Alzheimer.

Lycopene strengthens human bones. The pigment is a strong antioxidant, and it, therefore, reduces the death of bone cells. Also, the pigment reinforces a perfect bone architecture making the bones stronger and healthier.

Examples of foods that contain Lycopene

Below are typical examples of foods that contain a substantial amount of Lycopene today.

Warnings and Side effects of Lycopene

Excess consumption of Lycopene is known to cause a severe skin discoloration called lycopenodermia.

Consumption of Lycopene should be avoided at least two weeks to surgery. This is because the pigment causes blood clotting. Blood clotting may result in over bleeding during surgery that could be highly fatal. For safety, a patient should avoid Lycopene 14 days before the scheduled surgery.

Lycopene is not recommended for expectant and lactatingwomen. A study conducted showed that consuming a specific lycopene supplement in quantities like 3milligrams between three months to five months of pregnancy may trigger premature birth of the infant. Pregnant women are thus advised to avoid lycopene-rich supplements during pregnancy. 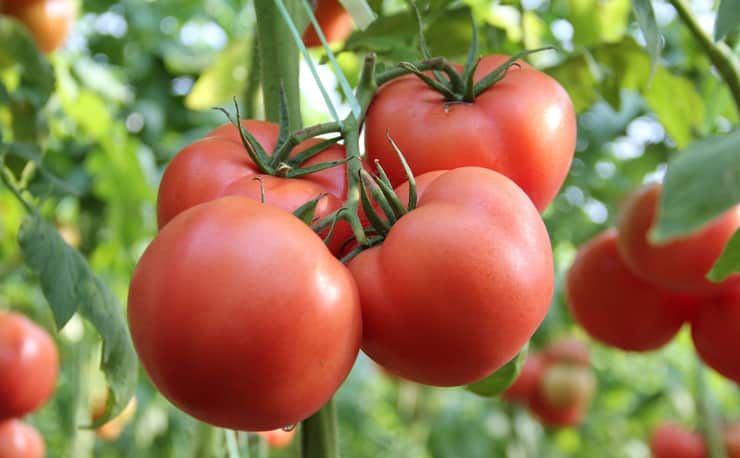