Kudzu does not yet invade the rays of herbal medicine but this plant is very invasive! It is a climbing plant that grows at high speed (up to 20 m per season) and covers everything on its way (vegetation, habitation etc.). In the same family as the bean (Leguminosae), the plant wraps with its woody stems around any support, it is also called the kudzu vine.

Its Latin name is Pueraria lobata. The plant is edible: its flower is cooked like the zucchini flower, in donuts. The young leaves can be consumed as salad. The root, which can reach 2 meters, makes it possible to obtain, after grinding in water and filtration. Its medicinal use is particularly interesting: the root of kudzu provides effective components in smoking cessation or alcoholic.

It allows alcohol and tobacco cessation by reducing drug consumption (in the broad sense). Kudzu is an anti-alcohol and anti-tobacco plant. The treatment of addiction is possible thanks to the flavonoids (isoflavones) it contains. Puerarin, diadzein, genistein will act at the cerebral and hepatic level (and especially at the level of the same receptors as those of alcohol and tobacco). Its substances have relaxing and hepato-protective effects.

Diadzein kudzu has estrogenic effects which precl0udes the use of the plant, as a precaution, to women with a history of breast cancer but that can fight against menopausal disorders (hot flashes). It should not be eaten during pregnancy as well. Kudzu has not shown any side effects for now, some sites advice against the consumption of root powder in the treatment of hangovers

In the fight against addictive behavior and drug addiction, use is made of dried kudzu root powder or kudzu starch. The latter has a faster but lesser effect. Kudzu is marketed as a capsule of root powder, lozenges and starch. To fight against alcoholism and smoking, the capsule form is recommended (1 to 2 grams per day of root powder) in cure. For the moment, we find more in health food stores or on online sales sites than in pharmacies. The plant is often associated with hawthorn or valerian for their soothing and sedative effects.

In traditional Chinese medicine kudzu it is used for over 2000 years and still represents one of the 50 fundamental herbs for herbal medicine.

The Pueraria Lobata is a natural gastroprotector, in fact at its root has been recognized a strong soothing and alkalizing properties , useful to alleviate and solve various problems of gastro-intestinal nature such as stomach acid, reflux, irritable bowel and intestine, ulcers.

The Pueraria Lobata acts directly on the mucous membranes absorbing the gastric acids, facilitating digestion and giving immediate relief from pains and burns. In addition, besides healing, it is also able to prevent the appearance of acidity and the consequent ascent of gastric juices to the esophagus and the respiratory tract.

Furthermore, it has long been recognized its effectiveness in solving some problems of addiction. The detoxifying effect of Pueraria Lobata, in fact, guarantees a rapidity that drastically reduces the symptoms of alcohol and nicotine dependence, playing a fundamental role in combating the receptors of these substances and preventing the onset of withdrawal symptoms.

Studies conducted at the Universities of North Carolina and Harvard have shown that in addition to not presenting significant side effects, the pueraria lobata benefits (by means of isoflavones) acts on neurotransmitters such as serotonin, glutamate and GABA to stimulate the production of dopamine. In this way it replaces substances such as drugs, tobacco, alcohol and sugars, compensating the pleasure that is felt through their intake.

The detoxifying properties of the Pueraria Lobata root are attributable to the high content of isoflavones, in particular of genistein (anti-leukemic agent) and of daidzein, or a potential molecule able to act against cancer. It is also an important antimicrobial and anti-inflammatory.

Pueraria Lobata can also be a valuable natural remedy in case of hypertension or migraine, since the isoflavones it contains are able to reduce blood pressure, also improving blood circulation and oxygenation. Moreover this beneficial plant also possesses antioxidant properties which slow down the narrowing of the arteries. Some studies have shown the efficacy of kudzu also in the treatment of angina pectoris in cardiopathic subjects.

This plant is therefore a sort of universal remedy, since it exerts an anti-painful, muscle relaxant, antioxidant and antipyretic action, creates relief, facilitates digestion by disinfecting the intestine and is very effective against stress. 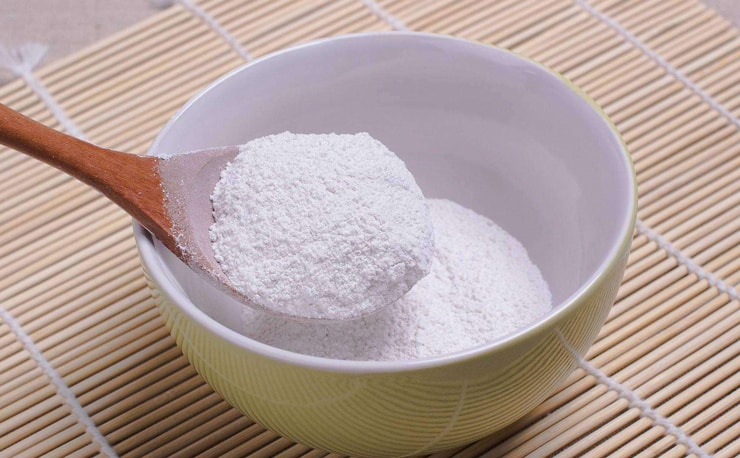