The Cordyceps is a fungi genus, including around 600 species. Mycelium is fungi that replace the host tissues when the cordyceps fungus attacks the host. On the other hand, the mushroom sprouted by mycelium are edible and provide various health benefits. These species of cordyceps have been described in different countries, including Japan, China, Bhutan, Korea, Thailand, and Vietnam.

Cordyceps mycelia are used in traditional Chinese medicine and are recognized as an essential herb in china. Using Cordyceps mycelium, people can take various health benefits such as improving the immune system, anti-tumor, hypolipidemic, anti-aging, antioxidant, and anti-inflammatory. This shows how beneficial this herb could be for the human body as these many benefits are not generally available in one herb. It’s also considered a rich source of protein and improves the immune system.

Furthermore, it can offer health benefits such as:

The Cordyceps increased amount of oxygen intake results in improved blood flow. Increased oxygen intake has shown a significant impact on the performance or health of a person. In addition, many studies have demonstrated that various researchers did multiple tests on different people. The result showed that oxygen intake increases by taking cordyceps mycelia powder, but no proof exists to support the performance boost.

Inflammation is considered to be an essential part that helps our body in the healing process. However, chronic inflammation can impact your body, and it helps when the inflammation tissues sit too long at an injured place in the body. The anti-inflammatory property of cordyceps mycelia is said by many people to get relief from these types of situations.

Older people who face fatigue in their daily life use Cordyceps mycelia powder to boost their strength and reduce fatigue. Many kinds of research show that anti-aging could be possible because of the antioxidants available in the cordyceps. The anti-tumor is one of the most effective benefits that is considered to be found in Cordyceps mycelia. In addition, many say that the cordyceps can slow down the tumor cells from growing and work for cancer cells. While the studies were conducted, the researcher found the death of breast cancer cells due to the Cordyceps extract.

Side Effects And Preventive Measures For Cordyceps Mycelia Powder

A widespread type of symptom is found in using cordyceps mycelia powder. The cordyceps side effects include problems such as diarrhea, nausea, stomach ache, dry mouth, etc. These are various minor issues that can be cured by regular medication. However, these symptoms are found in people who consume too much dosage of Cordyceps mycelia. In addition, various other things should be taken care of before taking any cordyceps supplement.

l  Avoid If You Have Diabetes

l  Avoid If Allergic To Yeast And Mold

The use of cordyceps is safe but causes trouble to specific people. The cordyceps can leave a metallic taste after a long service; however, people who are allergic to mold or yeast car more likely to be allergic to cordyceps.

You should stop taking cordyceps if you have any surgery. Moreover, you must avoid the herbs two weeks before the surgery. This is generally a preventive measure to stay safe from excessive bleeding. The lack of research is why you should not give these herbs to children.

The Specification of Cordyceps Mycelia Powder 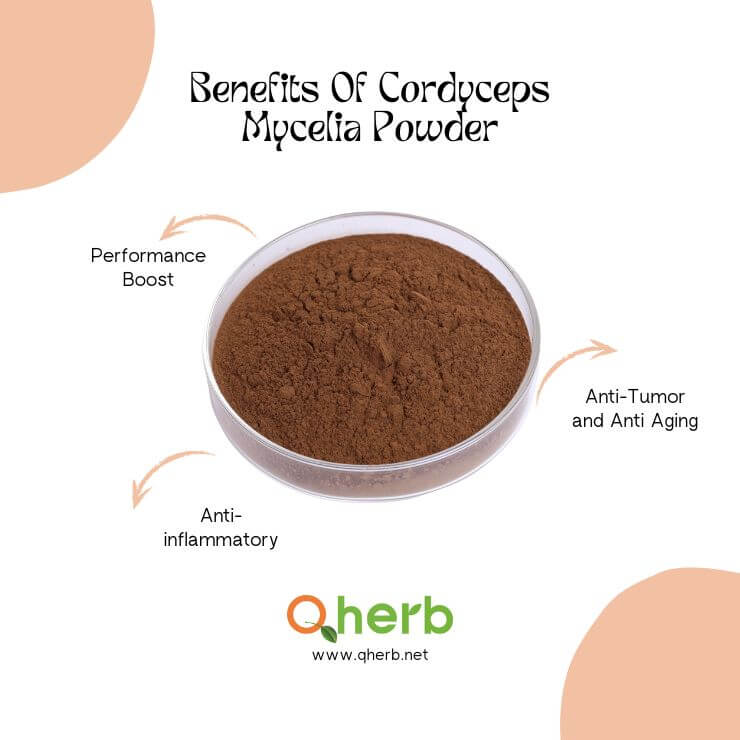