Dong Quai- activator of the reproductive function of the female body

Dong Quai (Angelika or Dudnik Chinese)- one of the most effective herbs that tonic the reproductive function of the female body. It tones and strengthens the uterus, regulating hormones, and normalizes the menstrual cycle. In Asia, Dong Quai also affects women’s health, similar to that of ginseng on men’s.

Dong Quai is a perennial plant characterized by having a cylindrical and branched root, with many rootlets, which is why it is also known as female ginseng. Its stem is purplish green and branches out at the top, where the flowers grow. The petals of the flowers can be red, white or violet, although this last shade is less abundant.

In traditional Chinese medicine, Dong Quai Extract is associated with a positive effect on the circulatory system. It is useful for women with scanty periods if they go with a large gap, or when feeling weak during and after menstruation (in traditional Chinese medicine this is called a blood deficiency). Also, when taking Dong Quai, an increase in the number of red blood cells was observed.

How does Dong Quai work?

Dong Quai increases blood flow to the pelvic organs, which will naturally correct the situation with scanty secretions. It also nourishes the blood with minerals with iron deficiency and anemia. Dong Quai really helps to return menstruation! Enhanced blood circulation also contributes to the health of the uterus.

Dong Quai Extract has a relaxing effect on the uterus and nervous system. Relaxation of the nervous system, respectively, facilitates the course of PMS. This herb has a calming effect as well as the well-known herbs used for relaxation- lavender, chamomile, and valerian root.

Properties and benefits of Dong Quai

The part of the plant that is used in traditional Chinese medicine is the root. Gynecological discomfort, fatigue, mild anemia, and high blood pressure are some of its most common uses. Besides, Dong Quai is, along with some yeasts and microalgae, one of the few sources of vitamin B12 that are not of animal origin. The Dong Quai Extract is also rich in vitamin E, vitamin A, vitamin C, vitamin B3 or niacin, iron, magnesium, and potassium. Its main phytochemicals are coumarins, phytosterols, polysaccharides, and flavonoids, which have an analgesic, anti-inflammatory, sedative and antispasmodic effect.

Benefits of Dong Quai for women

The Chinese Angelica or Dong Quai Extract is an ideal plant for women. Thanks to its properties, this plant is used to treat many discomforts and conditions. Their medicinal properties are well known and appreciated for women’s disorders. It is used to treat premenstrual syndrome, menstrual cramps, symptoms of menopause and climacteric, infertility and, in general, for everything related to female hormonal changes:

In fact, in Asia, its use is so widespread that it is introduced as part of the usual diet. The root is used in a similar way to ginseng. Combined with other plants, such as St. John’s wort, nettle, sagebrush, and sage, Dong Quai increases its benefits in everything related to menstruation disorders and menopause.

Dong Quai Extract applications are mainly known by women, but the uses of Dong Quai go much further. This plant, which can be ingested, taken as an infusion or used topically, that is, applied directly to the skin, is used to relieve and control many other disorders and conditions.

Not only do women use this plant to treat problems related to hormonal production. Dong Quai is considered an invigorating reproductive organ of both men and women. In the case of women, it is used to promote fertility.

In the case of men, many use a mixture of Dong Quai with other plants to prevent premature ejaculation. It is applied via genital topical in a formula that combines medicinal plants such as ginseng, damiana, Torlidis seed, clover flower or cinnamon, among others. In stores specialized in Phytotherapy, it is possible to find this type of preparations already formulated as an easy application cream. 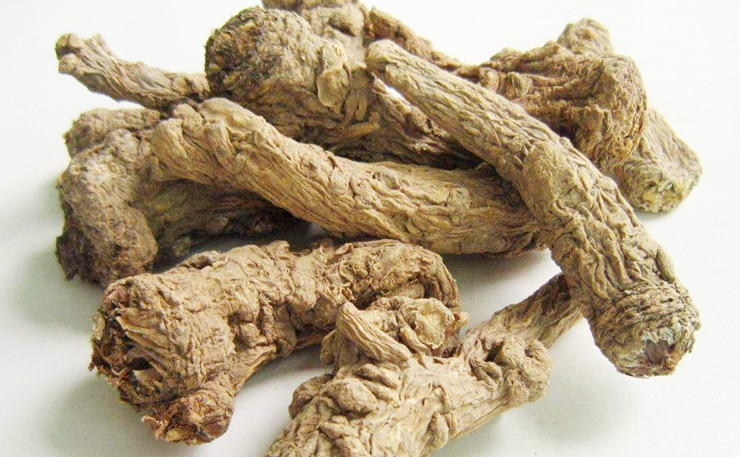