Used for years in the tradition of medical herbs and known in the world of plant food supplements of natural and organic origin, the Bulgarian Tribulus Terrestris Extract is one of the most extraordinary natural plant extracts on the diet scene for sportsmen and bodybuilders. The plant has been growing in the vast lands of Bulgaria for centuries and is an integral part of the Bulgarian herbal tradition, which has always been used for its beneficial and healing properties and is now used to create natural food supplements with unique and special properties.

In Ayurvedic and Chinese medicine, it has been used as a remedy for kidney failure, reproductive problems, and fatigue. Soviet men have treasured this herb by using it as a tonic for its ability to stimulate hormone production. Based on this effect, it has become a popular supplement for athletes. Still today it is used for its properties, and recent studies have validated its traditional properties, identifying the active compounds that provide positive benefits for men’s health. The researchers identified naturally occurring steroid compounds in Tribulus Terrestris.

Of all the extracts used, that of the Tribulus Terrestris Extract is certainly the most extraordinary and it is important to spread its knowledge and functions among consumers, as it is a healthier alternative to many other chemical-based supplements.

Many men are not aware of this but are continuously exposed to toxins with estrogenic action that lower testosterone levels and facilitate the risk of cancer. For example, the plastic of water bottles or the coating of cans, or the non-stick pans, as well as deodorants and creams, are full of these toxins. Tribulus can also be useful in the fight against toxins with estrogenic action. Environmental pollution exposes men to high amounts of estrogenic compounds, a factor known as a cause of reduced testosterone levels. Men with low testosterone levels receive the immediate impact from Tribulus Terrestris. It can also offer long-term prostate support.

Back then it was also used for problems of abdominal swelling and the treatment of cardiovascular diseases. The useful chemical components contained in its parts are numerous, such as flavonoids, flavone glycosides, steroidal saponins, and alkaloids.

A natural extract for a healthy body

The Tribulus Terrestris Extract is used for the most disparate functions as it has natural properties that allow it to assist the natural functions of the organism effectively and without risk since it does not introduce into the body substance foreign to it, but it only to implement elements already present within the organism or stimulate its natural production. The beneficial properties brought to the body by Tribulus Terrestris mainly concern the areas of physical strength and energy reserves.

The supplements based on Bulgarian Tribulus Terrestris Extract, in fact, generally offer benefits to the sphere of muscle growth and strength, also increasing sexual power with an increase in sexual hormones, bringing even more resistance to daily training and helping to eliminate toxins, assisting the reduction of fat mass during the training period, also facilitating the loss of weight, if used in parallel with a proper diet. It is often recommended for athletes and lovers of physical activity, in particular, the Tribulus Terrestris for bodybuilding is much appreciated, is already used by many professional athletes of the category.

Tribolo can be considered an adaptogen: it has been tested on athletes and stressed and exhausted subjects noting that it acts as a revitalizer and helps increase libido and impotence problems.

The plant has a low and “creeping” posture; it can easily be found at the edges of sidewalks and, in addition to developing a beautiful yellow flower, it produces sharp seeds that are not so attractive to the eye and the touch! These seeds are reminiscent of the Roman Tribolo (crow’s foot), a war instrument used to create havoc among the enemy ranks. They, with their pointed thorns, stick easily in bare feet, in animal legs, in the tires of bicycles and other light means of transport.

Avoid taking Tribulus Terrestris Extract if you are pregnant or nursing. Tribulus, like any natural substance, can interact with drugs that stimulate the same areas, so it should not be taken at the same time as beta-blockers, diuretics, calcium channel blockers (for example benzothiazepines) and digoxin. 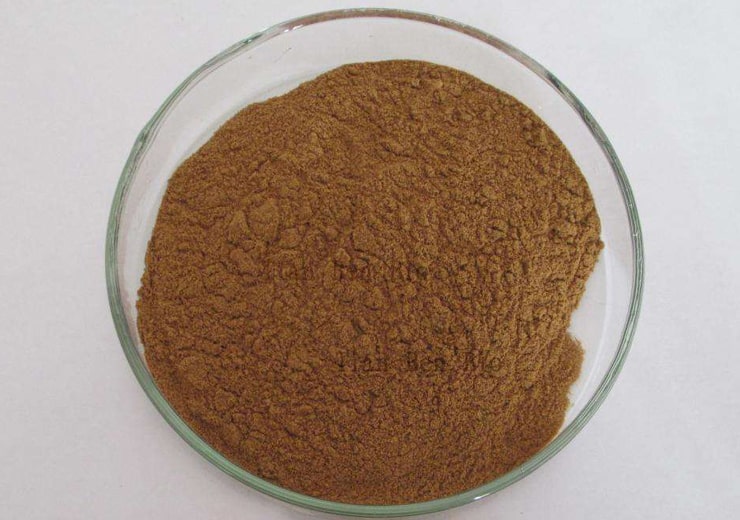