Berberine is a bioactive compound extracted from numerous plants like goldenseal, European Barberry, greater celandine, gold thread, and tree turmeric. It has a yellow color and is often used as a dye.

It has a long medicinal history, as it has been used as, one of the most traditional medicines in China.

It is extensively taken for high levels of cholesterol, diabetes, and high blood pressure. It has effective use in curing liver disease, burns, and canker sores.

How does it work?

As soon as you ingest Berberine, it is taken into the cells after getting absorbed in the bloodstream. Inward the cells, it gets bound to several molecular targets and changes their function.

It activates the enzyme called, AMP-activated protein kinase which helps in regulating metabolism.

Let’s read, how this chemical acts parallel and even better in some cases when compared to standard medicines.

People having high sugar levels are usually prescribed to include this chemical formula. Berberine has shown very effective results in lowering the blood sugar levels of diabetic patients. Moreover, some researches have shown its effect adjacent to the effect of metformin and rosiglitazone are given in diabetes.

People with high cholesterol levels, when treated with berberine, have shown positive health outcomes. If an individual takes it for two years, it will help to reduce the LDL and triglycerides levels in the blood.

When it is compared with some standard medicines, that are given to treat cholesterol levels, it has shown similar results for lowering LDL cholesterol, but a better effect in controlling triglyceride levels in the body. A dose of 0.6 to 1.5 grams is to be taken in divided doses consistently for 6 to 24 months.

Due to hormonal disorders, ovaries get enlarged with cysts. The condition is termed PCOS. Research has proved the lowering of the blood sugar level, cholesterol level, testosterone level and help to reduce the waist to hip ratio in a woman with polycystic ovarian syndrome.

Berberine may effectively be used as a weight-loss supplement. The researches have been conducted and concluded with a positive effect of Berberine in weight loss therapy. The participants, who were used while the study has dropped their BMI from 31.5 to 27.4. Or say, from a state of obese to overweight within 3 months. They have easily lost their excess belly fat and enhanced their overall health markers.

It has also been indicated to restrict the growth of fat cells to a molecular degree.

For canker sore, 5mg of berberine in a form of gel is to be applied 4-times/day for five days.

Berberine is safe for most adults if taken for a smaller period. Some of the side effects do include constipation, diarrhea, stomach upset, had or headache.

Berberine has been widely used in clinical practice as an over-the-counter medicine for the cure of diarrhea. Moreover, recent pharmacological studies have confirmed it has a beneficial effect in anti-rhythmic, anti-heart failure, lowering cholesterol, anti-inflammatory, and other ill effects.

In addition, due to its anti-inflammatory and anti-bacterial effect, it is involved in many cosmetics and outer-used health products. Apart from human medicine, food, and cosmetics, it has widely used applications in veterinary medicine and biological pesticides.

If you want to try Berberine Hydrochloride supplements, there are several variants available at online and offline stores. Individuals who stand to benefit most are diabetic people and metabolic syndrome. It has been widely used in anti-aging supplements also.

In recent years, countries like America, Europe, Canada, New Zealand, Australia, and many others have replaced other medicines with Berberine. As it has been stated as more environmentally friendly. 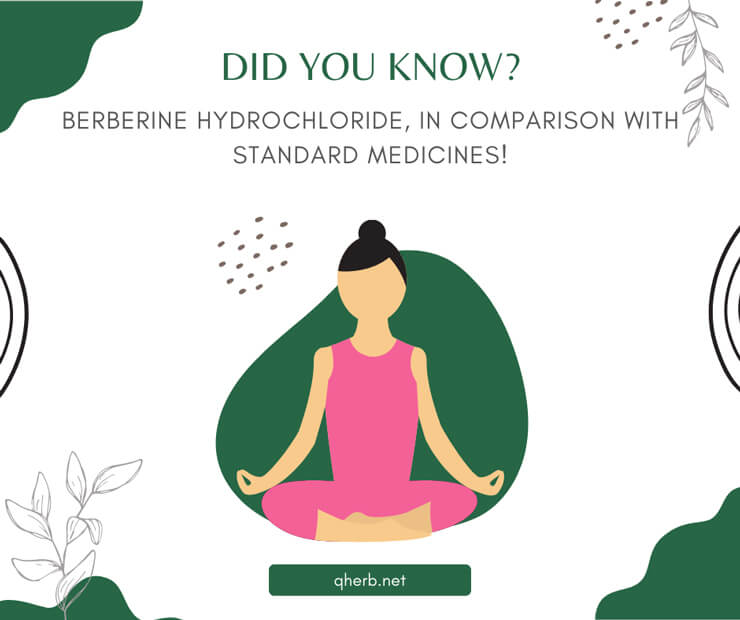