EGCG supplier and what is EGCG?

EGCG supplier and what is EGCG?

Qherb, an EGCG supplier in china, can provide specifications from 20%~98% HPLC.

Green tea contains various polyphenol components such as catechin, epicatechin, and EGCG. The role of the most abundant of these, EGCG, has been demonstrated in multiple pathophysiological conditions.

EGCG is the most potent active ingredient in tea polyphenols, which belongs to the category of catechins. It has antibacterial, antiviral, antioxidative, anti-arteriosclerotic, antithrombotic, antiangiogenic, anti-inflammatory, and antitumor effects. There is EGCG in green tea but not black tea because EGCG in black tea is converted into Thearubigin.

What does EGCG do?

EGCG is extracted from green tea, the main component of catechin. It is the main active and water-soluble component of green tea. Catechin includes EGCG, EGC, ECG, EC, GCG, etc. EGCG has powerful antioxidant properties, at least 100 times that of vitamin C and 25 times that of vitamin E, and can protect cells and DNA from damage related to cancer, heart disease, and other significant diseases. These effects of EGCG Are due to their ability to scavenge free radicals.

EGCG plays an essential role in fighting cancer and cardiovascular disease. In addition, it is also used as a reversal agent of multidrug tumor resistance, which can improve the sensitivity of cancer cells to chemotherapy and reduce toxicity to the heart.

How to find an EGCG supplier 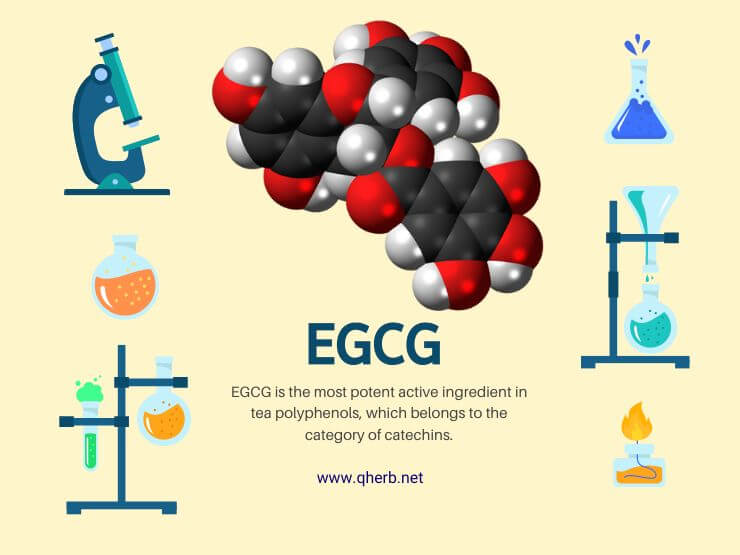