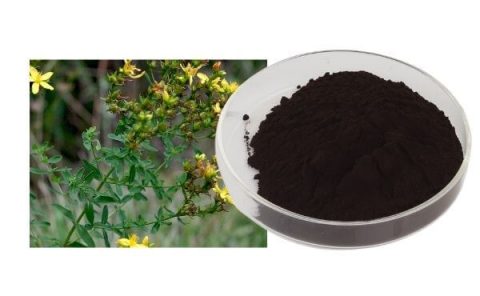 St John’s wort is widely known as an herbal treatment for depression. It is estimated that almost all Americans will experience a form of depression at some point in their lives. While the cause is not fully understood, nature has provided a remarkable herb, namely St. John’s Wort, which can help depression. In Germany, St. John’s Wort has a long history of use, particularly as a folk remedy in the treatment of wounds, kidney and lung ailments, and depression. Also, the indications and usage approved by German Commission E include Anxiety; Depressive moods; Inflammation of the skin; Blunt injuries; Wounds, and burns.

The St. John’s Wort Extract used in dietary supplements is derived from the aerial parts in the blossom of the plant St. John’s Wort (Hypericum perforatum L.). Scientific studies of the herb suggest that it acts to increase the activity and prolong the action of the neurotransmitters serotonin and noradrenaline, similarly to standard antidepressants, but with fewer reported side effects.

An effective remedy for the nervous system, relaxing tension, and anxiety and lifting the spirits;
Enhance the effect of neurotransmitters in the brain;
As a tissue restorative for nerves, St. John’s Wort is indicated for stroke patients, for mild neuroses, sleepwalkers, and accident victims.