Essential Information about Features and Benefits of Curcumin Powder

A member of the ginger family; Curcumin is a vibrant yellow chemical obtained by Curcuma longa plants. Sold and consumed as an herbal supplement, cosmetic and food colour and food flavour; Curcumin is the primary curcuminoid of turmeric.

Curcumin is a substance found in turmeric, a spice with an amazing history and used cooking and ayurvedic medicines. Indians consider turmeric as an antiseptic and antibacterial for cuts and burns, a therapy for intestinal uneasiness and lung conditions. While turmeric is impeccably safe and a popular spice, it isn’t as beneficial to the human body system as its high-quality extract, curcumin. Turmeric is a plant and Curcumin is a compound that is found within turmeric. While most people refer to turmeric, they talk about the spice which is made by crushing up turmeric root. Turmeric and particularly its most dynamic compound curcumin have several systematically-proven health benefits, like capacity to check and control Alzheimer’s, cancer and heart disease. It also acts as antioxidant and anti-inflammatory and also help to recover arthritis and symptoms of mental depression.

Curcumin, a substance in turmeric, which helps to act against inflammation. Several researches claim that it might comfort symptoms of rheumatoid arthritis and osteoarthritis such as ache and and inflammation. Curcumin powder has numerous and proven health benefits. Research has revealed that turmeric may hinder the activity and synthesis of cyclooxygenase and 5-lipooxygenase, which are enzymes linked to swelling. In one study performed and experimented on rats, researchers found out that curcumin intensely helped lessen inflammation in the joints. Curcumin also have a promising impacy on facilitating in maintaining digestive wellness. It cures digestion issues, acidity, irritable bowel syndrome, intestinal infections and irregular bowel movements. It is also a proven cure for jaundice, liver infections, dyspepsia, stomach ulcers, diarrhoea, colitis, haemorrhage, stomach bloating, high cholesterols and gallbladder disorders, lichen planus, heartburn and exhaustion.

It is also used for head pains, lung infections, leprosy, rashy and itchy skin, bronchitis, cold and fever, fibromyalgia and recovery after surgery. Those who have just undergone surgery may face pain and soreness at the place of operation and it is a problem that curcumin may cure with. It is usually given to such patients and it is the best and most natural yet most effective way of curing the tenderness and swelling. Curcumin is also used to cure Alzheimer’s disease, depression, anterior uveitis which is swelling in the eye, water retention, tuberculosis, inflammation in the urinary bladder and kidney issues. Off late research has explored the most likely neuroprotective assistances of curcumin. In one such case study, researchers recommended that it may be impactful against Parkinson’s disease, a neurodegenerative ailment that causes the brain to increasingly produce lower levels of dopamine and restricting movements.

Most importantly, Curcumin powder is also used to cure cancer or reduce cancer effects. It is an important drift in the realm of Ayurvedic medicine. It hinders the growth of a protein, which aid in development of tumour. It also obstructs the conversion of cells from normal to tumour and abolish mutated cancer cells to stop them from spreading across the human body. Curcumin powder induce anti-angiogenesis, which is the stopping of generating additional blood required for cancer cell growth.

Curcumin powder is most effective for hay fever and allergic rhinitis with chronic sneezing, runny nose, congestion and itching. Research claim that consuming turmeric orally thrice daily for 8 weeks lessens itching in people with prolonged kidney infections. Moreover, early research suggests that taking a particular mixture of product comprising of curcumin powder and black pepper or long pepper powder, every day for about a month reduces chronic itching and recovers quality of life and health wellness.

Curcumin powder is also an anti depressant. Many of the medical research showcases that consuming curcumin, on a regular basis lessens and cures depression syndromes. 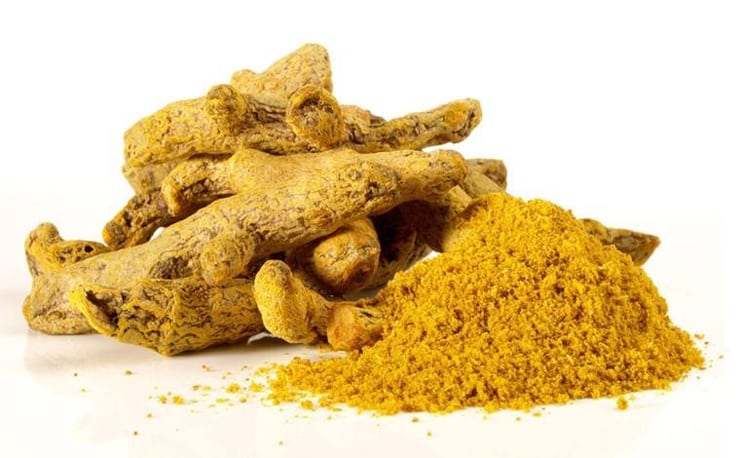