Epigallocatechin Gallate-What Is It And Its Various Benefits?

Epigallocatechin Gallate-What Is It And Its Various Benefits?

EGCG is a unique compound known to be very beneficial for people. For a person who is suffering from any health or brain issues, these compounds can prove helpful. In addition, this ingredient is not just found in a single type of food item but in various items that make a good option for the consumer. For example, green tea is known to be the best source of Epigallocatechin gallate (EGCG).

What is epigallocatechin gallate?

Even the research and the analysis done on this compound shows that this is the ingredient that helps the person reduce the amount of inflammation and protects the person from health issues and diabetes. So this is the compound that is found in most of the plats. But this usually is not sold in the direct form but the form of the extracts in the market.

Main source of the EGCG

This compound is known to give the best results to users. A person will notice that this is the compound that he can find in the various compounds of the food.  As we all know, most of the analysis shows that green tea is known to be the best food item for the health of the person. The main reason behind the growing demand for green tea is the amount of Green tea extract Epigallocatechin gallate (EGCG) that it contains.

Benefits of the EGCG on the health of the person

After the complete research and analysis, it has been believed by the people that Tea polyphenols Epigallocatechin gallate (EGCG) is the product that is known to provide various health benefits to people. Some of the benefits include the reduction in inflammation, weight loss, and also improvement in health and brain functioning.

Now we will discuss in detail the various benefits of consuming the food items that contain the EGCG:

It is believed that food products containing EGCG, like green tea, help the person fight various health issues. For example, a person who comes regularly gets a reduced amount of blood pressure and cholesterol. This will reduce all the kinds of risks that can have any kind of adverse effect on the person’s health.

These days obesity is an issue that people face on an enormous scale. If the person faces any kind of such issue, it will hurt the health of the person. Consumption of green tea regularly will help the person reduce weight as they act as antioxidants for the person’s body.

As per the research, it is believed that in case the person takes 100-460 gms of the EGCG with 80 – 300 mg of the caffeine for at least 12 weeks, then he will be able to some amount of the reduction in the fat.

Even it is believed that the consumption of green tea improves the working of the person’s brain. So, as a result, the person’s overall neurological cell functioning improves, and he can just be saved from any kind of adverse health problems related to the brain.

Cancer is a deadly problem that results in a person’s death at a fast rate. However, research has shown that if a person consumes the sources of the EGCG regularly, then they can even fight deadly diseases like cancer.

Hopefully, it is quite clear that the consumption of Epigallocatechin gallate (EGCG) can be beneficial for the person. The only thing that the consumer will have to keep in mind is that they consume it in an adequate quantity. 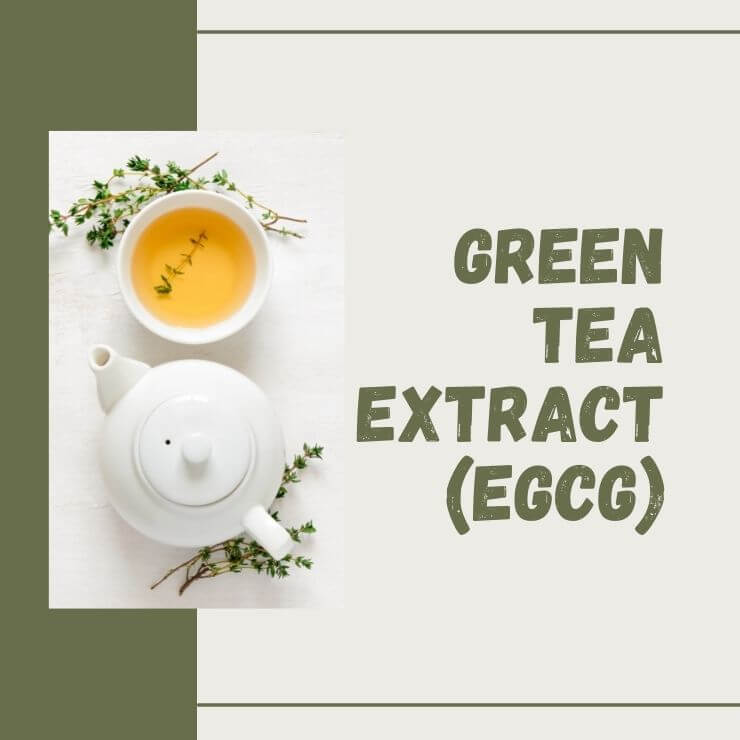